The History of Kosho-Ryu Kenpo

On December 30, 1916, in the rural North Kona district of Hawaii, a Japanese couple gave birth to a child named Masayoshi Mitose. In the years that followed, he adopted the given name James and rose to fame as the man who brought Kenpo and Kosho-Ryu to the West. Through his own words and actions, we can trace the steps of this remarkable martial artist. Born on a coffee plantation, James Mitose remained there until October 22, 1920, when he traveled with his sister to Japan and lived under the care of their grandfather.

He was to take over the family business, including religious activity.
Their destination was a village named Kumamoto-Higashi-Tomochi. He learned Kenpo in a large temple on a mountain named Akenkai.

For two years, he cleaned the temple, swept the floors, and served the monks and members. Only then was he allowed to receive an education.

The temple was serving as a school, in which students had some ritual of Indian style. Half of each day focused on religious activities, including the study of Sanskrit. The other half focused on Kenpo. 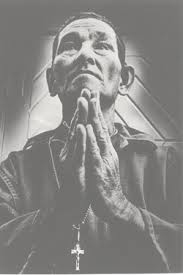 James Mitose San Diego James Mtose had his head shaved in the tradition of Buddhist monks. He learned the Japanese interpretation of Buddhism, Christianity, and various religions from India and Tibet. He prayed to his ancestors and the Buddha so that all things would succeed. He studied the Bible and learned Greek philosophy. The philosophical aspect of Kosho-Ryu Kenpo, the art he later founded, was heavily influenced by those studies, especially the edicts to do no harm and to blend in with the environment.

There was a time in the temple when students planted a vegetable and killed earthworms by mistake, and he was not allowed to eat for three days. In Japan, it is known that if you kill anyone, it would for seven generations be suffering from the child. Everybody suffers, so you cannot do such things.

Japanese stories were told to the youth. Those tales would later define the essence of Kosho-Ryu Kenpo and the way it related its philosophical views to everyday living. The stories eventually found their way into James Mitose’s books, which he wrote to convey his message of peace.

James Mitose’s training at the temple included lessons in human anatomy, escaping patterns, energy collection, Japanese yoga, and nutrition, as well as a body-contact art that revolved around pushing and pulling skills. He also learned balance, coordination, timing, and concepts of motion and movement.

When there was a funeral in the village in the winter, he accompanied the procession as a pallbearer. The temple monks always strived to give back to the community. Because even the closest hospital was too far for the villagers to walk to, the monks often worked as doctors when illnesses arose. James Mitose became a natural-food specialist. He learned about herbs and used his skills to help the villagers. In the surrounding areas, he and his peers often traded manual labor for food and other goods.

He was educated to take care of myself. Unless he worked for the day, he should not eat. So rather than go out begging for the foods, he tried to raise foods myself, in group activities with other members of the organization. Except for Archbishop, all others were engaged in such physical work, in the planting of rice, in the field, cooking the rice, chopping the firewood.

A turning point came in James Mitose’s life when his training and dedication helped him transition from monk to minister at age 18. His mind began to wander from the temple, however, and his body soon followed.

He was relieved from the group life and became free.

For the next two years, he toured the countryside with others from the temple. He worked with local law enforcement and eventually came across a military exercise being conducted on the mountainside to ready citizens for battle.

At the time, even the elementary schools were taught military training in preparation for war with America. Propaganda spread throughout Japan. Every citizen was ordered to take up arms and, if need be, defend the nation. Violation meant immediate prosecution and likely imprisonment. That, of course, stood in opposition to the monastic way of nonviolence.

In our Law of Fists, we are not supposed to obey the order of even the Emperor or the supreme commander of the military forces. My brother and he were against those military operations. Some were arrested. The people around me suggested he return to Hawaii as quickly as possible. Otherwise, he might be jailed in a military jail.

In 1937, James Mitose set sail for Hawaii, where he planned to start a new life in the nation of his birth. He became friends with Robert Trias. Their time together eventually led to martial arts talk, but it was cut short on December 7, 1941, when the Japanese launched a surprise attack on Pearl Harbor, crippling the U.S. fleet. Eighteen ships were destroyed, 300 planes were damaged or destroyed, 2,400 people were killed, and 1,100 were injured all in two short hours.

Wanting to help, James Mitose decided less than 24 hours after the attack to enlist in the Hawaii National Guard.

My position was different from that of most Americans. He had lived happily in America as an American citizen. He loved America and its institutions and felt it was my duty to take up arms for this country whose privileges had been generously extended to me. On the other hand, it was not as simple a decision as it would be for most. He had spent the formative years of my life in Japan and had some relatives still living in Japan, to whom he was bound by ties of blood and experiences shared.

James Mitose was honorably discharged after three weeks of service. He then volunteered in a labor battalion. Believing he should do more to aid the war effort, he decided to share his family’s martial art.

The purpose was to teach world peace and happiness toward humanity and especially to assist in the struggle against crime. James Mitose traveled to numerous martial arts clubs in Hawaii. He adopted the and belt system and began teaching Kosho-Ryu Kenpo to the public. At first, he instructed in his backyard, where a couple of students, one of whom was Thomas Young, would assemble. He then encountered the one and only William K.S. Chow.

As James Mitose’s student body grew, he needed to acquire larger accommodations. In 1944, he opened the Official Self-Defense Club, first at the Beretania Mission in Honolulu and then at the YMCA. Its purpose was to convey the true meaning of self-defense to students regardless of rank, nationality, or religion. The majority of those who signed up were non-Japanese. James Mitose trained them for law enforcement, military service, and a variety of personal reasons.

He taught them how to use tools such as the makiwara board and Kenpo sticks to focus on energy and destroy the evil from within. He would show them an attack and allow them time to reflect on an adequate response to it. He stressed the need to perfect balance and technique, and he augmented physical training with lectures on philosophy, respect, humility, and situational awareness.

My religion is such as not to fight. Not to fight and not do anything the real religion of Kenpo karate.

As the Official Self-Defense Club grew, Mitose saw an opportunity to use the school to help others. The more students he had, the more good deeds he did for the community which, in turn, brought in more students. Together, they organized self-defense demos throughout Hawaii, raised money for the March of Dimes, contributed food to the National Guard, and donated money to Christian churches and mission schools.

In 1947 he finished work on what many consider to be the first English-language book about Kenpo.

He wrote in Japanese and English. Titled What Is True Self-Defense it sported a cover that depicted two combatants in a clinch. James Mitose re-released it in 1953 with a modified version of his family’s crest on the cover. The modification: A covered fist was placed on top of the crest because the world was at war.

James Mitose wanted to share his philosophies of self-defense, but he felt pressured into filling the book with photographs. He feared that a student looking for a quick defensive move would flip to the technique pages and overlook the real message he wanted to convey. To the typical reader, it would appear to be just another how-to book on fighting. Nevertheless, many copies were donated to local police departments, public libraries, and health clinics. Others were sold in conjunction with lessons.

In the ensuing years, his students expressed an interest in learning more about what could be considered Kosho-Ryu Kenpo’s aggressive and fierce side. They appeared to be ignoring the philosophical aspect of the martial art.

My dojo, they know not to teach other things because it’s religion.
After a student struck and seriously injured another student, James Mitose concluded that his followers were learning too much of the violent side of the art. Rather than understand the true meaning of self-defense, they were concentrating on kicking and punching. After much deliberation, James Mitose quit teaching.

He decided not to teach Kenpo and other Oriental philosophies. They wouldn’t understand it, so he gave up. In 1955, he entrusted his school to his student, Thomas Young (Kajukenpo), and began a new life in Los Angeles.

On the mainland, James Mitose became an ordained minister through the Episcopal Church and obtained a doctorate in philosophy. He continued to keep his ties with friends and loved ones he was forced to leave behind in Japan so long ago. For the Thomas Mitose and Tony Bowles San Diego remainder of his life, he selectively taught Kosho-Ryu Kenpo to a few students. At times, he became frustrated, partly because of the language barrier and the differences between Japanese and mainland American culture. Most of the people who came across James Mitose in this state viewed him as just an angry man. Not having lived his life, they could never understand his disposition.

James Mitose died on March 26, 1981. At the time, he was incarcerated at Folsom State Prison. The head has been found guilty of extortion and murder, but the details of his involvement in the crimes were not fully understood because of faulty translation from Japanese to English. Many contend that one of James Mitose’s students committed the murder.

So ended the life of James Mitose, a man whose unselfish act of kindness set in motion the expansion of Kenpo into the Western world. His only requirement for acceptance into his school was a desire to live a more harmonious life.