DOES TRAINING IN MARTIAL ARTS ONLY CREATE FIGHTERS? 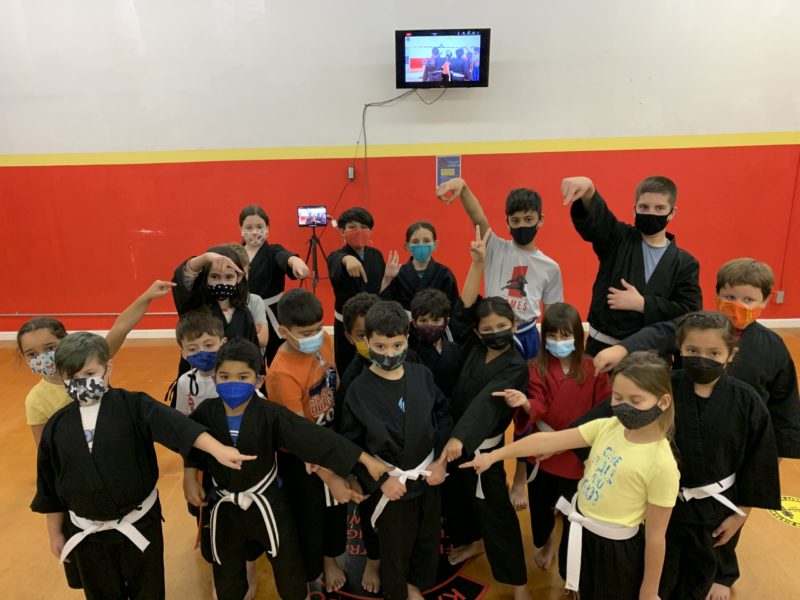 Throughout the past few decades, movies had tried their best to portray martial arts as a way of fighting, only. However, it’s far more than that. In fact, fighting is just one aspect of training.

If we can define the essence of James Martial Arts Academy karate classes in San Diego in one word, it would be “discipline”.

We not only provide self-defense classes in San Diego but change you and your children into entirely new individuals, who are more disciplined, motivated, disciplined, target-oriented, and surprisingly calm.

Our family karate classes help you develop a stronger bond with your children, and thus a better bond between the family.

Martial arts help you progress in other aspects too.

Martial arts training not only helps you gain confidence in combat situations but also helps you remain confident and focused in other aspects of life too, including better grades, social activities, etc.

The effect is partially achieved through the physical element of the training, which helps clear the mind from daily stress and other negative influences, and the other half is achieved through the training and grooming of a sensible instructor, who realizes that every student is an individual in himself and is not supposed to learn how to kick or punch, but how to be better from himself, not from others.

In fact, martial arts students are calmer in combat situations and avoid damaging their opponents unnecessarily. They have more self-control.

However, if a situation, arises where they need to defend themselves or their loved ones, they can effectively protect them and respond better to the situation than those who aren’t trained in any martial arts training academy.

It’s hard to realize the benefits one achieves through martial arts without doing it. Get yourself enrolled as soon as possible in our martial arts classes in San Diego today and you’ll see improvement from the very first day!