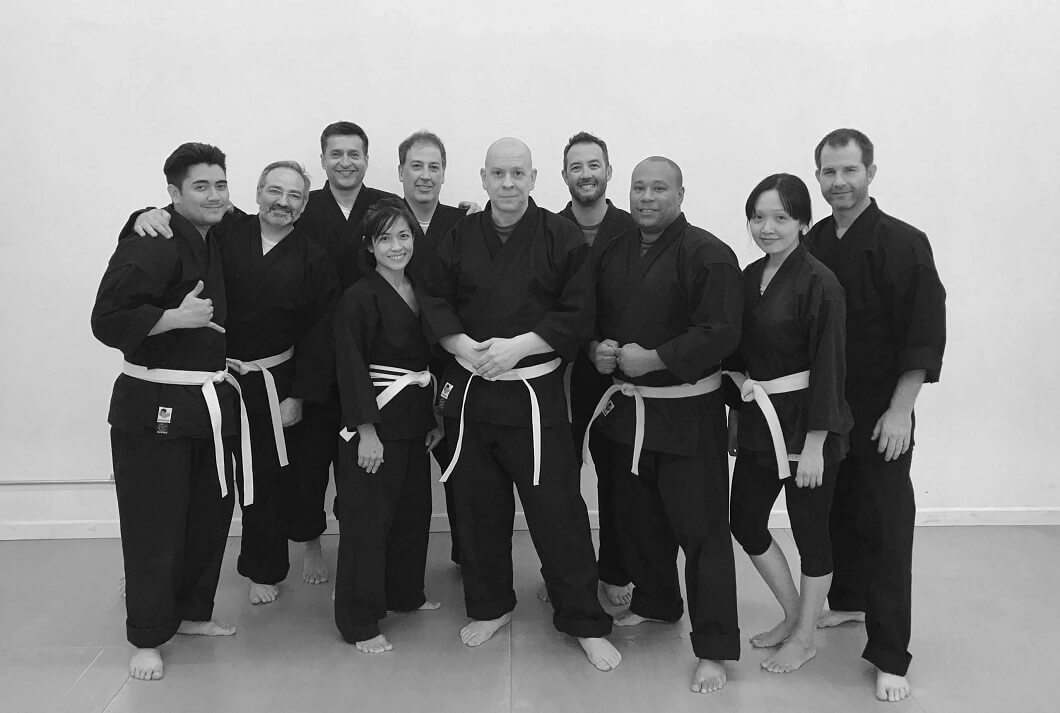 Kajukenbo is known for its street-effective, brutal, deadly, overkill approach to self-defense. These are only some of the adjectives used to describe this system of martial arts known as Kajukenbo or Kaju.

In Hawaii, back in the 1940s, Kajukenbo was gaining a reputation for being a brutally effective means of defending oneself from the ordinary street criminal. Instead of the ancient way of fighting by carrying a sword or spear, modern criminals arm themselves with guns, knives, or clubs. Because criminals fought without rules and kicked, punched, gouged, and bit. If an unknowing person encountered one of these criminals on the street, you were in for a life or death battle. The art of Kajukenbo was designed to win such a fight.

Since then, its use of five martial arts and its no-nonsense approach to self-defense has contributed to its rapid growth and strong reputation as a highly effective self-defense system.

THE DEVELOPMENT OF KAJUKENBO

Kajukenbo is a prime example of American ingenuity. It is also America’s first martial art system, having been founded in 1949 in the U.S. Territory of Hawaii. One of today’s foremost instructors in Kajukenbo is Gary Forbach from San Clemente, California. According to him, Kajukenbo’s inception came about in 1947 when five Hawaiian martial arts masters calling themselves the “Black Belt Society” started on a project to develop a comprehensive self-defense system.

Together these men trained for several hours a day, taking advantage of each other’s strengths and weaknesses to develop their new art. When Joe Holck and Peter Choo would spar, Holck could see his weaknesses in striking techniques, and Choo would realize his vulnerability once he was on the ground. Emperado was able to show Choo how a Kenpo man could work inside a kicker with rapid-fire hand techniques. Chang, in turn, showed the others how the circular flowing techniques of Sil-lum Pai were used to evade and strike. And Frank Ordonez showed everyone how to go with an attacker’s force and then redirect it against him with painful locks and throws.

After it was decided that Kenpo would be the base to build on, it was a daily three-year process of incorporating the Tang Soo do kicks, jujitsu joint locks, judo throws, and sil-lum pai circular techniques into a complete system. Now all the system needed was a name. Joe Holck suggested that the name should be “Kajukenbo”, Ka for Karate, Ju for Judo and Jujitsu, ken for Kenpo, and Bo for Chinese boxing (Kung Fu) world’s first mixed martial arts (MMA) was born.

Today Kajukenbo is practiced all over the world. The principal organization for Kajukenbo is the “Kajukenbo Self Defense Institute of Hawaii, Inc. based in San Diego, California.Read More