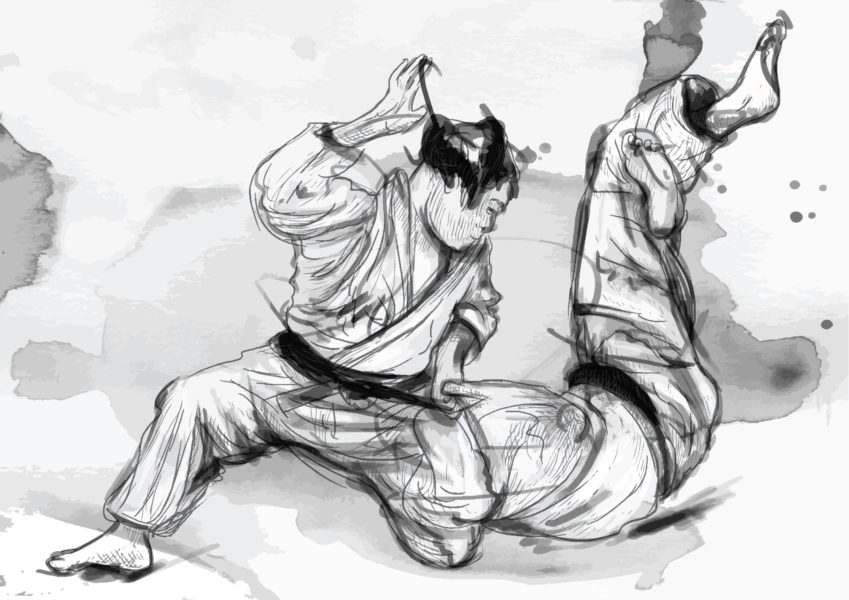 I found this article on the Black Belt Magazine website and found it fascinating that Kajukenbo was listed as the top martial art for self-defense. Training in the arts of Kajukenbo and Kosho-Ryu for the past 30 years, I know about the effectiveness of these two arts for street self-defense, and now to have one of the best martial artists, Joe Lewis, select my art as one of his top 10, puts a smile on my face.

When individuals come into my dojo, I explain that Kajukenbo and Kosho-Ryu are “multifaceted,” meaning students are taught to fight equally on their feet as a “striker” or on the ground using jiu-jitsu, which has been in both styles from their inception.

This list is in no particular order. I could have put Krav Maga, Haganah, and others in there, but I stopped when I got to 10. This list will piss off many instructors, but they have to realize, for example, that with a system like Kyokushin kai, which came from Goju-Ryu and has many descendants like Asahara, Kenshin, youkai, and zendokai, they were not left out. Krav Maga, for example, has nothing that the Okinawan, Japanese, and kickboxing systems do not. If I were to include all of them, the list would go into the hundreds.

Kyokushinkai has a great history of physical toughness and conditioning and an arsenal of leg kicks, sweeps, and knee strikes from the outside and inside the pocket. Most K-1 champions come from this style. It’s weak on ground maneuvers, though.

It has an effective composition of quick strikes (cutting and tissue-ripping moves) to vital areas like the eyes, ears, face, neck, and groin. The emphasis in training is on pure nonclassical maneuvers, as is seen in most other Chinese systems. However, outlaw tai chi is weak in structure and ground maneuvers.

It’s a hybrid system that uses the best parts of other styles, from upright maneuvers to grappling. It was designed strictly for self-defense instead of adhering to traditional rituals or sporting competitions. Its weaknesses are movements to control the horizontal relationship with assailants in all styles and always using the hands as the primary means of defense.

Chinese Kenpo has a curriculum that encompasses all areas of self-defense. Practitioners learn a range of attacking angles, realistic scenarios, and methods for defending from any position with any weapon. The main weaknesses are a lack of emphasis on ground maneuvers and limited kicking and knee striking.

The original system had a complete arsenal of weapons and non-weapon skills. It had the perfect blend of old-school, pain-tolerance training with scientific skills that utilized the least amount of effort and time to produce maximum damage. Its weaknesses are the amount of time it takes to learn all the long animal forms (there are 36, with one having up to 500 moves) and a lack of balanced ground maneuvers.

Although it was created along the lines of a non-Jutsu activity, it was designed mainly for exercise and sport. The best bouncers I’ve ever worked with were judo black belts. Because judoka spend most of their time doing tug-of-war-type drills with partners on the mat, they’re very successful in real combat, even with their limited striking ability.

Its tactics for off-balancing an opponent before leveraging him, as opposed to jujutsu, which is more concerned with straight leverage, is a good system to bridge the gap between the sports/exercise aspects of the old-school (read: hard-core) just forms and the free-flowing sports forms we see on TV. Beware of the consumerist atmosphere in some schools today and the lack of effective striking skills when practicing self-defense drills.

This style can offer the best in realistic, upright striking skills, hands down. If you learn the old muay thai knees, the head butt, the bleeding and cutting techniques, and the old-school takedowns, this system cannot be beaten. Its weakness is a lack of attention to self-defense as opposed to sport. The conditioning drills taught at most authentic schools make up for any need to practice purely self-defense scenarios.

Few martial arts teach these two defensive skills: Use the head to protect the head and the body to protect the body. Instead, they use weapon-fighting tactics using the hands to protect the head or the body. For self-defense from the pocket, it would be hard to defend against a good boxer. Of course, boxing lack of elbow strikes, groin attacks, and ground defense is limiting, but for pain tolerance and conditioning, it can’t be beat.