FIGHT BREAKDOWN – ARE YOU PREPARED FOR REAL WORLD 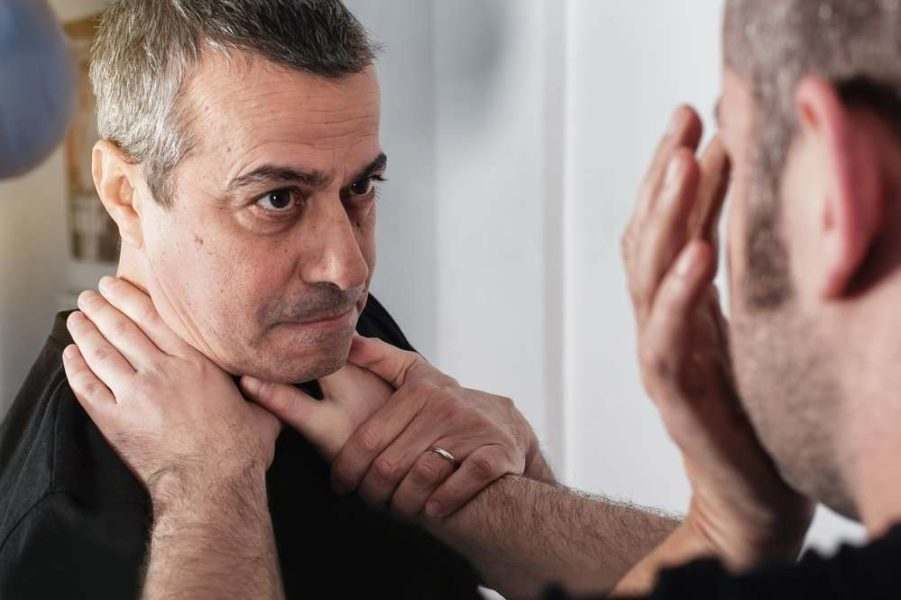 THE ANATOMY OF A FIGHT

Ever since its inception, the Hollywood movie industry has shown fights on screen. From the dopey Three Stooges smacking each other in the face to Jean-Claude Van Damme letting karate kicks loose on his opponents, violence is always a part of the movies.
If you’re wondering how realistic these fight scenes are, you may be onto something.

What would happen if a random person tried to fight like Jean-Claude Van Damme? What about fighting like Larry, Moe, and Curly? Students of Kosho-Ryu and Kajukenbo likely understand that many of these depictions wouldn’t work the way they are shown. Understanding martial arts in action provides a lens through which you can look at fight scenes and understand what would work in real life and what wouldn’t.

While fight scenes vary wildly in inaccuracy, many fight scenes in the movies and on TV feature terribly misguided ideas about fighting. The following myths are just a few of the problems often seen in Hollywood productions.

The long knockout is one of the movie industry’s worst depictions. It’s extremely inconsistent and generally very poorly researched. For example, one common scene occurs when one character sneaks up behind another character and knocks them out.

The character will kick, punch, or hit the victim with the butt of a gun, and the unsuspecting person will go down and be knocked out for ten minutes, an hour, or however long the screenwriter needs to accomplish the narrative obligation.

However, people who have seen true martial arts such as Kosho-Ryu or Kajukenbo in action know that in real life, people don’t stay knocked out indefinitely; and when they do, it’s because they have sustained some major brain injury.

If a character really did stay knocked out for an hour or more, that could be due to a cracked skull, a coma, or post-traumatic amnesia (PTA). After waking up, if they suffer from any of these conditions, a person couldn’t just shake it off and continue on their way.

They may become dizzy, nauseous, or start vomiting. They may want to sleep for a long period of time, too, which could result in further brain injury. The merciful knockout in the movies is much less harmless than it would seem.

Another common myth from the movies is the one-punch knockout. With just a single punch, one character puts the other to sleep, and the fight is over. Anyone who has ever practiced true combat martial arts in action knows how unlikely this is. In reality, knocking someone out with one punch requires excellent timing, placement, and speed.

Punching someone right between the eyes may seem like an effective strike, but linear strikes, such as the right cross that so many movie stars throw, impact the head in a way that allows the brain to be cushioned by the cerebrospinal fluid.

If you wanted to knock someone out with a single strike, the most effective strategy is a rotational strike, not a linear one. Strikes such as a roundhouse kick allow the attacker to impact the head of the victim at unusual angles that are more likely to result in a knockout.

One-shot, one-kill moments in films often show guns being used in bizarre and unbelievable ways. One of the most common situations in action movies occurs when an assailant charges at a person with a gun, and, with one well-aimed shot, the person with the gun shoots the assailant dead.

While this sort of scene is useful for allowing a hero to mow down a dozen or so attackers without actually facing any serious trouble, it’s not exactly how shooting a person works.

A shot to the head could incapacitate an attacker and bring them to the ground. Likewise, a well-placed shot to the heart or one of a few other vital organs could bring down an attacker. If the hero can get off a clean shot, even after being shot, an attacker will be full of adrenaline that allows them to keep moving.

It’s much more likely that a gun misfires or jams, making it extremely difficult to be accurate when an assailant is running directly at you.

Unrealistic holds are another common gun-related myth in Hollywood. People may hold a gun sideways while shooting or hold two guns at the same time. While these do happen in real life, you would be hard-pressed to develop an accurate method of shooting. If you’ve ever seen Kosho-Ryu gunfighting in action, you know that disarming an opponent holding a gun is much easier when he is gripping it improperly.

If you’ve ever seen Kosho-Ryu gunfighting in action, you know that disarming an opponent holding a gun is much easier when he is gripping it improperly.

When shooting with an improper grip on the gun, the kick is wild and unpredictable, and a gun that’s being fired out of control can quickly result in shooting yourself or someone near you. A well-trained operator will fire one gun at the highest rate of fire, which allows them to maintain accuracy.

Sending two clips’ worth of bullets down the range will make a good amount of noise and might take out some neighboring windows, but it’s unlikely to actually stop the attacker.

Pulling a grenade pin with teeth happens all the time in movies, as a grizzled fighter grabs a grenade from his jacket and yanks on the metal hoop with his teeth, lobbing it at his opponent. The idea seems to be that a person in a battle should never take their hand off their gun, so pulling the pin with teeth allows that person to perform a number of tasks simultaneously.

In real life, pulling a grenade pin out with your teeth just sets you up for some serious dental work. Pulling a pin on a grenade requires a good deal of pressure, as much as seven to ten pounds of force.

Aside from the force, it would take to pull out the pin, grenades are dangerous enough that it’s unwise for a person not to give them their full attention.

Breaking Down a Fight From The Walking Dead

Having debunked many of the common myths about fighting in Hollywood movies, seeing a relatively realistic fight scene is a good way to show martial arts in action.

The Walking Dead is a zombie show based on a comic book of the same name, and it’s become one of the most-watched shows in television history. The show centers on a band of people who have survived a zombie apocalypse and must fight for their lives to avoid being eaten by the zombies.

One of the things that make The Walking Dead so popular is that for a show with as big of a budget and audience as it has, The Walking Dead is actually pretty realistic—zombies notwithstanding.

The Walking Dead uses all of these violent elements during a fight scene, which happens in season five in the episode Try.

Students of the James Martial Arts Academy might notice these elements during the fight:

This move can be very effective when trying to create

space between yourself and an opponent, as it causes people to flinch and move away. It’s rarely successfully applied for its intended purpose of removing an eye, but when it is, it can completely incapacitate an attacker.

Choke from the ground while mounted

Trying to choke someone from the ground is not very effective, as the person on top can lean back out of arm’s reach while maintaining their position. One of the tenets of Kosho-Ryu and Kajukenbo in action reinforces that being on the ground with an opponent mounted on you is a bad scenario.

To get out from underneath an attacker, the James Martial Arts Academy students are taught the “buck, trap, and roll” technique.

Headlock from the ground from behind

The worst possible scenario during a fight is to be on the ground in a headlock or choke from the rear. It’s extremely difficult to see what the attacker is doing, let alone get out of this position.

The best chances for survival are kicking or flailing wildly at your opponent to throw them off balance, throwing your head back in the hopes of connecting with your attacker’s head or chest, or refusing to remain still to make it very difficult for an attacker to get a good grip on you.

A person with a gun in front of you

Facing an opponent with a gun standing right in front of you is extremely dangerous. The best move in this situation is to run instead of fighting. Locate something to hide behind and sprint to it as fast as possible. Stay there until the attacker leaves or help arrives.

In some circumstances, it may not be possible to locate something to hide behind and you will be forced to fight. In this case, it’s important to do whatever possible to redirect the line of fire of the weapon. By grabbing the weapon and redirecting the barrel away from yourself, you can try to avoid getting shot.

A Self-Defense with Real-Life Applications

One of the most helpful aspects of this self-defense system is that it not only helps to keep students in shape, Kajukenbo, and Kosho-Ryu in action also gives them enough technique to turn the tide in a fight. In situations like the fight above, a few key techniques can make a massive difference in the outcome.

For instance, much of the above fight took place on the ground. Kajukenbo and Kosho-Ryu are one of the few self-defense systems that are complete meaning they are focused on the ground fighting in addition to facing off with an opponent while standing.

At several points during the fight from this scene, using martial arts techniques in this action scene would have been useful. Utilizing one of the most basic moves, the “buck, trap, roll” technique, would have allowed either fighter to buck off their opponent and finish the fight standing up.

Kosho-Ryu and Kajukenbo are for the gritty, real-world situations that you may eventually face (Kajukenbo in 1947 was known as the first MMA, due to it was bred on the streets of Hawaii).

By practicing and studying these two martial art arts, you can enjoy increased self-confidence in the ability to handle yourself in combat and the self-assurance that comes from being an active person who is in command of situations, not one who is dominated by them.

If Kosho-Ryu and Kajukenbo sounded like a self-defense system you can invest in, explore our blog for more tips, tricks, and guides on Kosho-Ryu/Kajukenbo in action in the real world.