KOSHO-RYU AND KAJUKENBO VS. BRAZILIAN JIU-JITSU 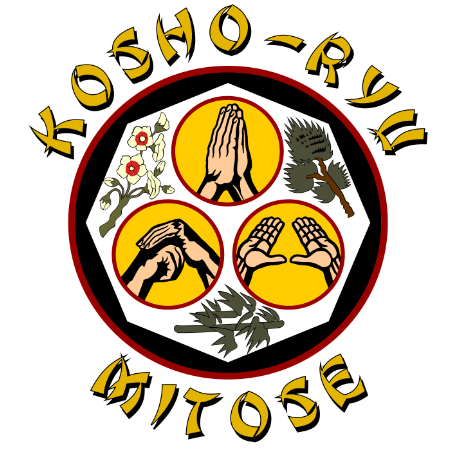 Whenever anyone is comparing three styles of self-defense or martial arts, there are a few ways to approach the comparison. The most common motive for comparison is to establish or understand which Style is superior so that a person can train in that Style and receive the best training to help them defend themselves.

If you are thinking about the differences between Kosho-Ryu, Kajukenbo, and BJJ or Brazilian Jiu-Jitsu because you want to establish which Style you should be training in, it’s essential to first look at the styles from a comprehensive perspective.

Mitose (Kosho-Ryu) began teaching Kenpo in Hawaii in 1936, and in 1941 set up a martial arts school.[citation needed] He gave the Style he taught many different names during his lifetime, including “Shorinji Kenpo” and “Kenpo Jujutsu,” (both names of recognized Japanese martial arts), but over time, settled on the name Kosho Shōrei-ryū Kenpo. The word “Kenpo” (or “Kempo”) is the Japanese pronunciation of “Ch’uan Fa.”

Kajukenbo was founded in 1947 in the Palama Settlement on Oahu, Territory of Hawaii. In the late 1940s, the Palama Settlement was a violent area. Due to this environment, five martial artists from varying backgrounds came together to develop an art that would be practical and effective on the street. These founders sought to create one style that would complement each of their styles and yet allow for effective fighting at a greater variety of ranges and speeds. Kosho-Ryu and Kajukenbo uses instinctive movements, aggressive counterattacks, a no-holds-barred mentality without the ceremonial elements of traditional martial arts (for more on the question ‘what is Kosho-Ryu and Kajukenbo?’ click here)

Brazilian Jiu-Jitsu is a martial art and combat sport system that has a specific focus on ground fighting and grappling. Derived from Kokudan Judo, Brazilian Jiu-Jitsu utilizes throws and takedowns to get an opponent to the ground, then employs a series of pins or sweep techniques (reversing positions from the bottom) to set up joint locks or strangulation techniques. The application of finishing techniques is not limited to the ground but is most often used on the ground.

Those are the basic layouts of the two systems in broad terms. Kosho-Ryu and Kajukenbo vs. BJJ can be broken down into further detail by examining what they are used for and how they are used.

There is nothing that is considered “dirty” or “illegal” in the Kosho-Ryu and Kajukenbo system as long as it leads to the defender surviving the encounter. As such, Kosho-Ryu and Kajukenbo also teach techniques like eye gouges, groin strikes, head butts, and throat strikes, which would be considered illegal or a foul in a sanctioned sport fight or combat sports competition.

Brazilian Jiu-Jitsu is a combat sport that transfers very well self-defense because of its emphasis on being in a dominant position on the ground and doing damage to an opponent with joint locks or strangulation techniques. Brazilian Jiu-Jitsu competitions are scored based on takedowns, positional advantages (series of pins and attacks), and finishes via a joint lock or strangulation techniques that result in the losing competitor “tapping out.”

In competitions, some techniques are considered illegal as well as rule sets for what techniques can be used based on the competitor’s skill (belt) level. Brazilian Jiu-Jitsu helps practitioners develop skills that are very useful in self-defense because the emphasis is on close-range fighting and the ground, where many street fights and assaults occur or end up.

When considering Kosho-Ryu and Kajukenbo vs. BJJ for your training, you have to examine further what it is that you want to train for. What is yours, why? When considering that, there are contrasts between the styles that have to be taken into account.

When striking is used the ground in BJJ, it’s the primary purpose is to cause a reaction in the opponent, which will help expose the neck or a limb, thereby creating an opportunity to apply a joint lock or choke. Striking is not allowed in most major Brazilian Jiu-Jitsu competitions, but BJJ isn’t completely void of striking techniques.

When people are considering Kosho-Ryu and Kajukenbo vs. BJJ, there’s undoubtedly a curiosity about “who would win in a Kosho-Ryu and Kajukenbo vs. BJJ fight?” That comes down to myriad variables like who is fighting, where the fight is taking place when the fight is taking place, how is it taking place. All of these things are going to factor into the outcome. Testing style vs. Style is one of the reasons that the Ultimate Fighting Championship was started by the Gracie family years ago.

Remember, all martial arts are good because they were designed to help you defend yourself. Find a good instructor and style. Train hard because you never know if that last punch, kick, takedown technique could help you protect you our your family.