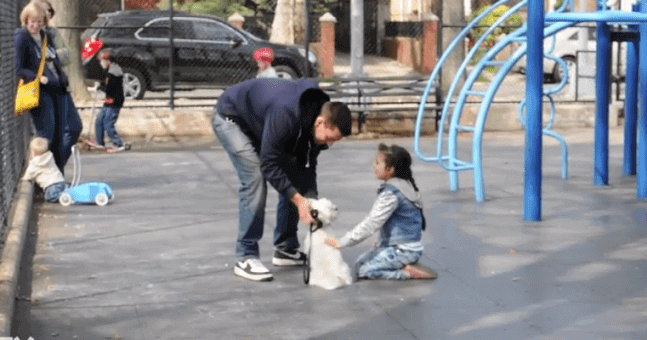 As children, most of us were told, “Do not talk to strangers.” We were also told that strangers can appear in many forms, that many people we did not directly know were to be considered a stranger, and they could, therefore, be a danger to our well being. In the years that followed this method of teaching children personal safety became named “stranger danger.” And while it made sense on a surface level and served to quell the fears of parents, it did very little to truly protect children from adult predators. Unfortunately, today this antiquated method is still being taught as the principal personal safety and security tool in many kids’ martial arts and self-defense schools.

When peering further into this flawed maxim of never talking to strangers we spot the problems that surface. First, it just does not work. Kids strive to imitate their parents as a natural way of learning. The traditional “stranger danger” training goes completely against the model that parents set for their children. The moment a parent is asked for directions by a stranger you certainly never hear them say, “Stop! I don’t know you! Do not come any closer!” If a parent does not do it, there is absolutely long shot that a child will do it either. It is hard enough to get kids to constantly say “please” and “thank you,” let alone assert themselves in a way that they have never seen from their fundamental role model.

The second issue is that stranger danger is just not sensible. If a child is in a bad situation and their parents are not around, who is the first person that has the ability to help that child? Most likely a police officer or firefighter will not be in the immediate area. In the vast majority of cases, it will be an unknown individual who will help the child.

In my opinion, the most dangerous aspect of stranger danger instruction is that it instills a sense of mistrust in others. The training that is meant to help keep kids safe can very quickly turn into a factor that stifles their social growth and development. The chance that a child will get abducted by an adult predator is incredibly small. Nevertheless, the chance that they will gain from learning how to trust others is almost certain.