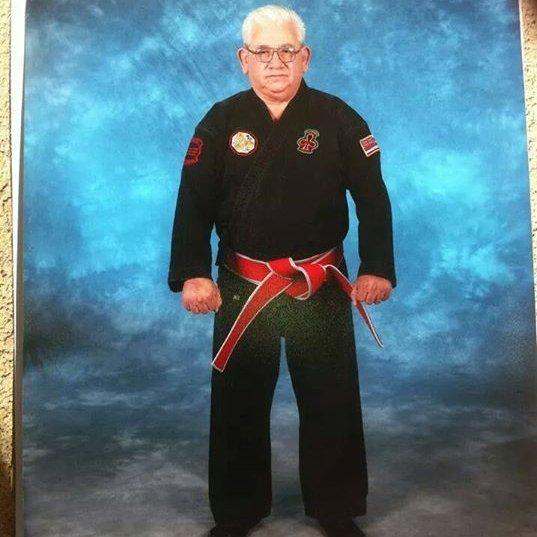 Kajukenbo is a hybrid martial art from Hawaii. The name Kajukenbo is a portmanteau of the various arts from which its style is derived: KA for Karate, JU for Judo and Jujutsu, KEN for Kenpo, and BO for boxing (Kajukenbo).

It was developed in the late 1940s and founded in 1947 in the Palama Settlement of Oahu, Hawaii. The art was created through the cooperative efforts of six martial artists, each with a different specialty: Peter Choo, Frank Ordonez, Tom Bernos, Joe Holck, George Chang, and Sijo Adriano Emperado. Kajukenbo training incorporates a blend of striking, kicking, throwing, takedowns, joint locks, and weapon disarmament.

Kajukenbo will teach you to use punches, kicks, knees, elbows, and grappling techniques to defend yourself. It is a unique and practical system because it was designed to bring people to a high level of proficiency in hand-to-hand combat and self-defense in a very short period of time to help defend themselves against American service members in Hawaii. By design, Kajukjenbo stresses efficiency, aggression, and, above all, survival. This design philosophy resulted in traditional elements of martial arts practice, like forms, katas, and rules for competition, being omitted from Kajukenbo training, so in addition to the previously mentioned striking and grappling techniques, Kajukenbo also teaches techniques like headbutts, groin strikes, strikes to the back of the head, eye gouges, and throat strikes.

All of which would be considered illegal in a sanctioned sports fight or martial arts competition. To get a little deeper into answering the question “what is Kajukenbo”, it’s important to look at why Kajukenbo was developed, to begin with. That starts with Kajukenbo’s founder, Sijo Adriano Emperado. Emperado had a difficult childhood living in Honolulu. He was born to Filipino-Hawaiian parents in the poverty-stricken Palama/Kalihi section of Honolulu. Like many poor areas, the Palama/Kalihi district settlement was a violent place to live. Confrontations and fights were a daily occurrence.

Because of this, Emperado started his self-defense training at the age of eight. His father and uncle were professional boxers, and at the age of 11, he learned the 12 basic strokes of escrima. Then at the age of 14, he came back to his old familiar neighborhood in Palama. There he trained in Judo under Sensei Taneo at the Palama Settlement gym. Then at the age of 20, Emperado undertook a serious study of Kenpo (Kosho Shorei-Ryu Kenpo) with James Masayoshi Mitose at the Catholic youth organization in Honolulu. Kajukenbo’s expertise in multiple aspects of hand-to-hand combat, as well as the pressure of training people to defend their newly formed nation in a very short period, lead to the distillation of technique and tactics. This, in turn, leads to the development of what is Kajukenbo’s no-holds-barred mentality.

Striking Grappling Kicks Punch counter Knife counts Gun counts Knees Elbows No holds barred mentality Some of the key principles that Kajukenbo utilizes are as follows; Identify the immediate danger. Use your body’s natural reaction. Defend and counterattack simultaneously. When counterattacking, aggressively target vulnerable areas. Techniques must be effective, regardless of size or strength.

Every aspect of Kajukenbo training is based on these principles. Adhering to the same principles makes Kajukenbo easy to learn and easy to retain. Students learn one defense for multiple attacks. Ultimately, students have to remember fewer details and can apply systemic action to fight back and win if they are attacked. This becomes very important in dealing with some of the scariest types of assaults and attacks, like those involving attackers armed with guns, knives, and blunt weapons. Because of its street defense background, Kajukenbo training trains people to deal with these sorts of real-world dangers. Kajukenbo does not train people for rules-based competitions.