BOXING IS A MARTIAL ART 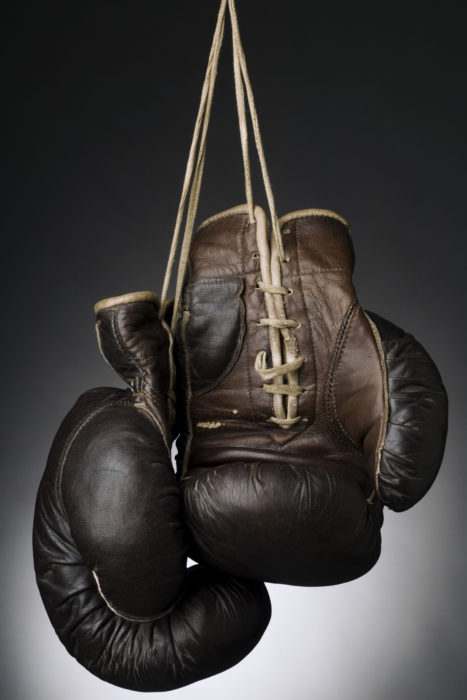 The History Of Boxing-One of the First Martial Arts

Boxing is a martial art: Boxing has developed into one of the most celebrated sports of our time. With a big-name match-up being held in glamorous places like Las Vegas, it attracts the interest of the media worldwide, along with boxing enthusiasts.

The evolution of boxing us that the sport is basically the same as when it was first introduced. Granted some of the aspects have evolved significantly since then. However, the fundamental premise remains predominately the same.

To trace the history of boxing to its roots, we have to go back to North Africa in 4000 BC. Yet another place that took part in boxing early was the Mediterranean throughout 1500 BC.

The first recorded evidence of boxing was in Greece in 900 BC, when a leader found the practice of watching two men beat one another interesting. The big difference between this initial form of boxing and the boxing we enjoy today is that the ruler, a man named Thesus, allowed the boxing match to proceed until one of the opponents was killed.

The history of boxing additionally indicates a huge difference in the attire worn by the boxers at the beginning of the sport and the protective equipment required today. Early boxers wore nothing, with the exception of padding on their arms and a pair of unpadded gloves.

Boxing was among the very first Olympic sports. It was part of the competition at the 668 BC Olympic Games. The fighters wore clothing, but instead of gloves, their hands were wrapped with leather straps that were developed to safeguard them from harm.

Looking at the more recent history of boxing we see that in 1681 in London the first bare-knuckled prize fight was fought. Very much like the early fights that occurred in Greece, this style of boxing didn’t afford any kind of protection for the individuals.

As the name suggests, they fought with their bare hands. Hurling punches right to the body as well as the heads of their challengers. This proceeded for many years, and in 1743, the first set of documented rules were introduced. This was done mainly to stop the deaths that had been taking place during the matches.

The regulations specified that if a man dropped and failed to get up after a time frame of 30 secs the boxing match would be over. It was also during this time period that boxing gloves with padding were introduced and required.

Examining the past history of boxing shows that the sport rose in global acceptance and championships with cash prizes were soon formed. This ultimately graduated into the arrival of amateur boxing, which in turn is exactly what we see during the Olympic Games currently.

In amateur boxing, the emphasis is mainly on landing punches that will score you points. The fighters are certainly not as concerned with landing a knock-out as professional boxers are.

Throughout the more recent history of boxing a large number of amateur boxers, after competing in the Olympic Games will advance to the world of professional boxing. With the cash prize many times in the millions of dollars and the endorsement deals rising above that, it’s a financially rewarding career move.

At our dojo, I teach a form of boxing called Kosho-Ryu “Durty Boxing” which is a mixture of boxing and martial arts strikes. it is also known that the greatest fighter of all times Muhammad Ali learned his footwork from a martial artist.